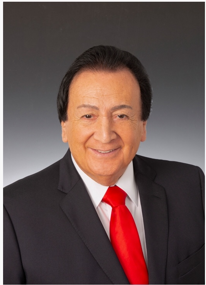 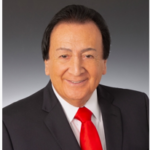 Dimitri Philemonof is an Aleut born and raised on St. George Island, Alaska, in the Bering Sea.  His parents, Erena Merculief and Isaac Philemonof, were evacuated from St. George during World War II along with his brothers, Father Paul and Ed.  His sister, Edna, was born before his family was brought back to St. George.  He was ‘conceived’ in Funter Bay in 1944 and born in St. George after his family was brought back home.   Later, his younger sisters, Irene and Maria were born in St. George. Dimitri attended Mt. Edgecumbe High School in Sitka, and graduated from Queen Anne High School in Seattle, WA.  Dimitri began his life of service when he joined the Army and served in the pathfinder detachment at Fort Rucker in Alabama 1965-1966.  He is a Veteran.  He is married to Victoria Philemonof, with 5 grown children, 6 grandchildren and currently resides in Anchorage, AK.

Dimitri is an artist and enjoys preserving his Alaska Native culture through his paintings and black-pen drawings.  He is honored to dedicate his career to improving the health, human, and community services available for the Aleut people, and all Alaska Natives.

Dimitri began working for the Aleutian Pribilof Islands Association, Inc. in 1978 under the Community Services Department.  Dimitri has continued to serve as the President/CEO of the Association since 1985, managing an $18 million budget and 90 programs funded through federal, state and private grants, to advance the economic, social and cultural development of the Aleutian Pribilof Islands Region.  He travels extensively, learning about the legislative process, building alliances with organizations sharing common goals and objectives, educating grantors about the needs of the Aleut People, and working to strengthen the voice of the Aleut People.

Through his excellent leadership and exceptional ability, the Aleutian Pribilof Islands Association, Inc. is able to boast such milestones as:

*        Passage of Docket 369 – The Indian Claims Commission determined that the US Government was obligated to provide fair compensation and sufficient goods and services to the Pribilof Aleuts for the years1870-1946;

*        Passage of the World War II Reparations Act -Providing restitution to Aleuts relocated during World War II, reimbursement for the Island of Attu, and establishment of the Aleutian Pribilof Islands Trust;

*        Formation of Staraaya, a joint venture with KANA.  Staraaya owns and is the building management company for Gold Cache Bingo.

*        Formation of Aleut International Association, re-establishing communications with the Aleuts on Commander Islands.  AIA plays an important role in protecting the environment through their permanent seat on the Arctic Council;

*        Built on Traditional Foods Book by Creating Full Head Start Curriculum, engaging youth in their culture at an early and impressionable age;

*        Construction of Unangam Ulaa (Home of the Aleuts) and the Gateway to the Aleutians.