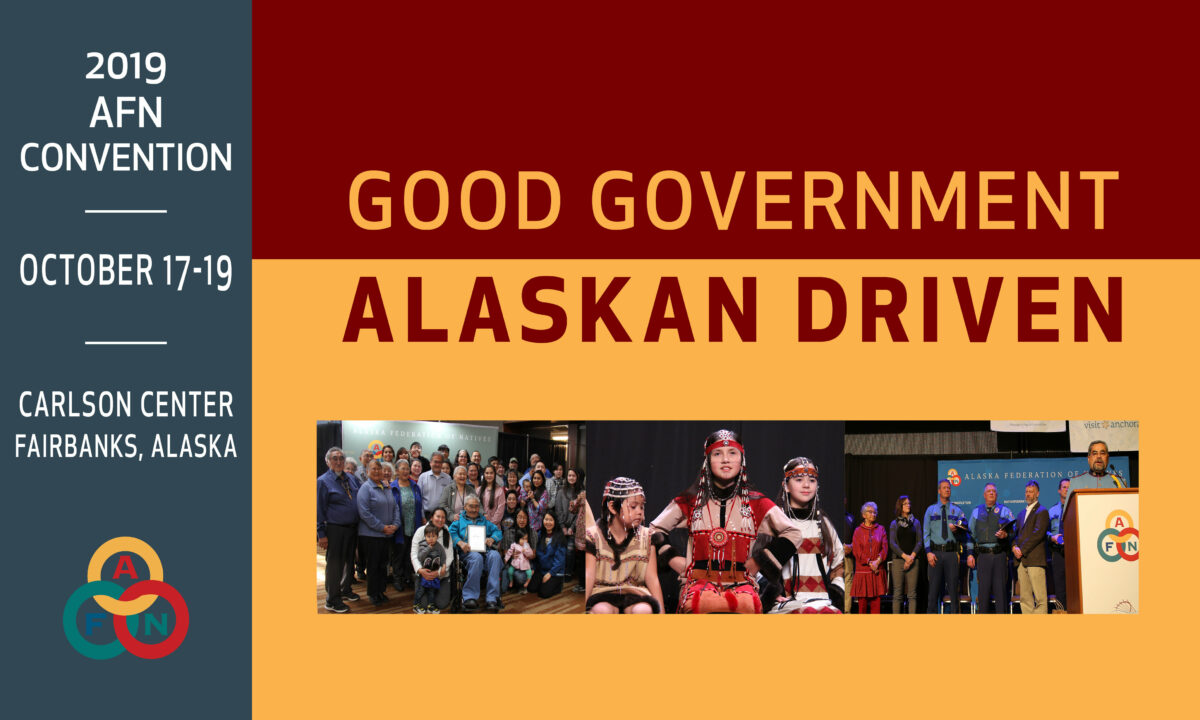 The Alaska Federation of Natives announced the theme for its 53rd Annual Convention will be a call for state government that responds to the needs of all Alaskans. “Good Government, Alaskan Driven” reflects the basic necessity of sound, fact-based government policy amidst Alaska’s current fiscal challenges. The AFN Convention will take place October 17-19, 2019 at the Carlson Center in Fairbanks, Alaska.

“The theme sets our convention’s tone and guides the agenda,” said AFN President Julie Kitka. “AFN is reaching out to all Alaskans to help build an Alaska we all want to live in. That’s going to be a big part of what we discuss this year.”

The “Alaskan Driven” in the theme underscores AFN’s position that sensible, long-term and balanced solutions require meaningful Alaskan input through citizen engagement in the democratic process.

AFN also selected Iditarod winner Pete Kaiser to deliver the keynote address. Kaiser is the first Yup’ik musher and fifth Alaska Native to win the 1,000-mile sled dog race. Born and raised in Bethel, Alaska, he has been a consistent top performer in the Iditarod the past nine years. He is also a four-time champion of the Kuskokwim 300.

The largest representative annual gathering in the United States of Native peoples, AFN’s annual convention serves as the principal forum and voice for the Alaska Native community in addressing critical issues of public policy and government. The convention convenes thousands of official delegates and participants from member organizations across the state.

The resolutions passed by the voting delegates set the priorities for the year and guide AFN’s efforts.  Some 6,000 delegates, participants, observers, vendors, and visitors attend annually, with an estimated economic impact on the host city of more than $6 million. The AFN Convention features evening cultural performances, an arts showcase, an exhibitor and health fair, a legal clinic, and dozens of workshops. The proceedings are broadcast live statewide via television and radio and webcast to 70 countries worldwide.