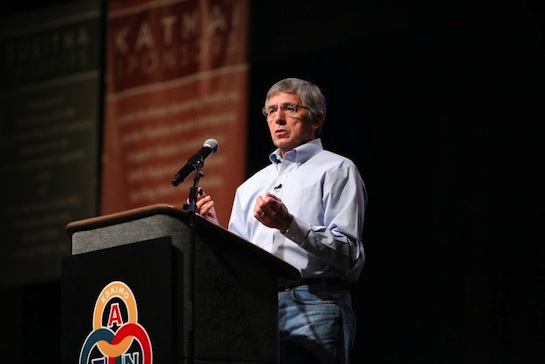 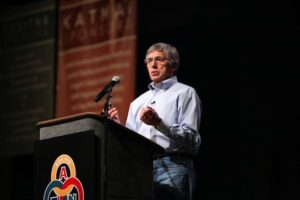 On behalf of the Alaska Federation of Natives (AFN), we offer our sincerest condolences to the family and friends of Byron Mallott, a proud Tlingit Clan leader and a giant within the Native community who recently passed.  His accomplishments were many and real over decades and his love for Alaska Native people from every corner of the state was real and enduring. Bryon was a passionate person, whether in his pride and hopes for his children and grandchildren or in his desire for Native people to reclaim their rightful place in a world free of racism, bigotry or injustice. His interests were wide. His efforts driven with a sense of urgency that time was not to be wasted. Byron put his heart and soul into anything he spent time on …whether seeking a fair and just land claims or being a founder of the Alaska Federation of Natives as a unifying force to strongly advocate for increased opportunities and a solid legal footing for our future. He had an unbridled curiosity and always sought out new ideas and people of character no matter who they were.  His impatience sometimes caused grief, but he always tried to use his efforts to empower people to think bigger, work harder and accomplish their dreams. He believed in the power everyone had within themselves and truly delighted in seeing young people confident enough to rise to their God-given abilities.   He will be missed by many.

AFN will celebrate his life and contributions at an appropriate time after the pandemic.