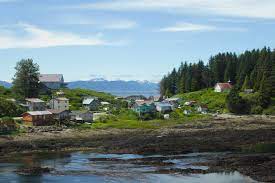 “We are pleased that Judge Garton agreed with AFN that the PCE is not subject to  a sweep, and that the decision was expedited so the legislature would not have to

decide whether to fund the program during the upcoming special session,” said  Julie Kitka, AFN President.

“Furthermore, AFN thanks Governor Dunleavy for his time to discuss the PCE  decision with AFN and his subsequent decision not to appeal.”

AFN also applauds the Superior Court’s ruling that payments for the PCE program,  which were authorized by the legislature and signed into law by Governor  Dunleavy, can go out immediately to the utilities that provide electricity to rural  Alaskan families and businesses in 192 Alaskan communities.

“This decision averts a catastrophe in rural Alaska,” Kitka said. “Without the PCE  funding, electricity bills for many of the 82,000 Alaskan homes would skyrocket,  dealing a huge blow to the state’s economic recovery.”

On July 19, AFN through a state court filing disputed the legality of Governor Mike  Dunleavy’s decision to ‘sweep’ funds from the PCE. AFN and other plaintiffs  contended that PCE is protected from such budget maneuvers. AFN has long  maintained that the endowment fund is separate from the general fund, which is  the account that pays for the state budget.