The Annual AFN Banquet is a unique and fun-filled evening that celebrates our indigenous cultures and honors the work AFN delegates have done during the entire convention week. The 2022 Banquet is scheduled for 7:00 p.m. on Saturday, October 22, 2022 at the Dena'ina Center in Anchorage, AK.

Click here for the banquet form to reserve your table today!

For more information or to RSVP, please contact Nicole James at (907) 274-3611 or by emailing njames@nativefederation.org.

Marc Brown and The Blues Crew 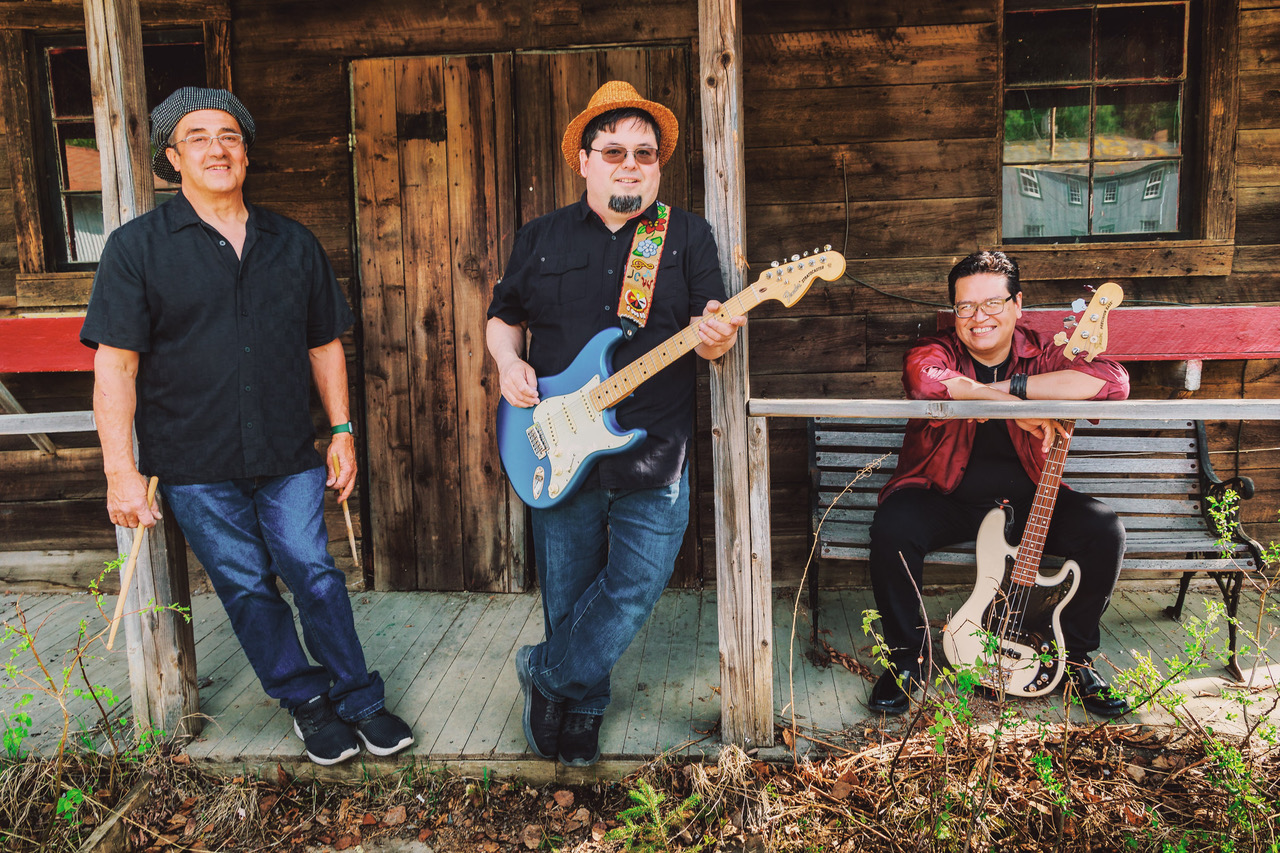 Marc Brown and The Blues Crew

Marc Brown is a Koyukon Athabascan from the village of Huslia.  He grew up around a large family of musicians and started playing the guitar at the age of 4.  He later moved onto drums and played drums for the late Herbie Vent once when he was 12.

Marc started learning the guitar at the age of 11 from his late grandfather Tony Sam Sr. and began playing rhythm guitar for his grandfather when he was 14.  He later was moved to the bass guitar when he was 16 and lead guitar in his late teens.

During this time, Marc also started a band with late brother Buddy and together they traveled to many interior villages playing for dances.  Buddy moved onto law school and Marc formed Marc Brown and the Blues Crew.

Since the Blues Crew formed in 1992, they have released 14 albums. Four of these were submitted to the Native American Music Awards (Nammys) and three of them were nominated in multiple categories.  Marc’s 11th album, Indian Rock’n’Roll won the Nammy in 2011 for Best Blues Recording and they were also nominated for group of the year.

They have won 8 Fairbanks Battle Of The Bands, 3 AK State Battles, took 2nd in the Pacific Northwest and 4th at Nationals in 2008.  They have opened for ZZ Top, Jethro Tull, Fabulous Thunderbirds, J Geils Band, and many more.  Along the way, they have played sold out shows at Legends in Chicago, BB Kings in California and House of Blues in Vegas.

Their 15th album is in the final stages of mix down and will be available soon. 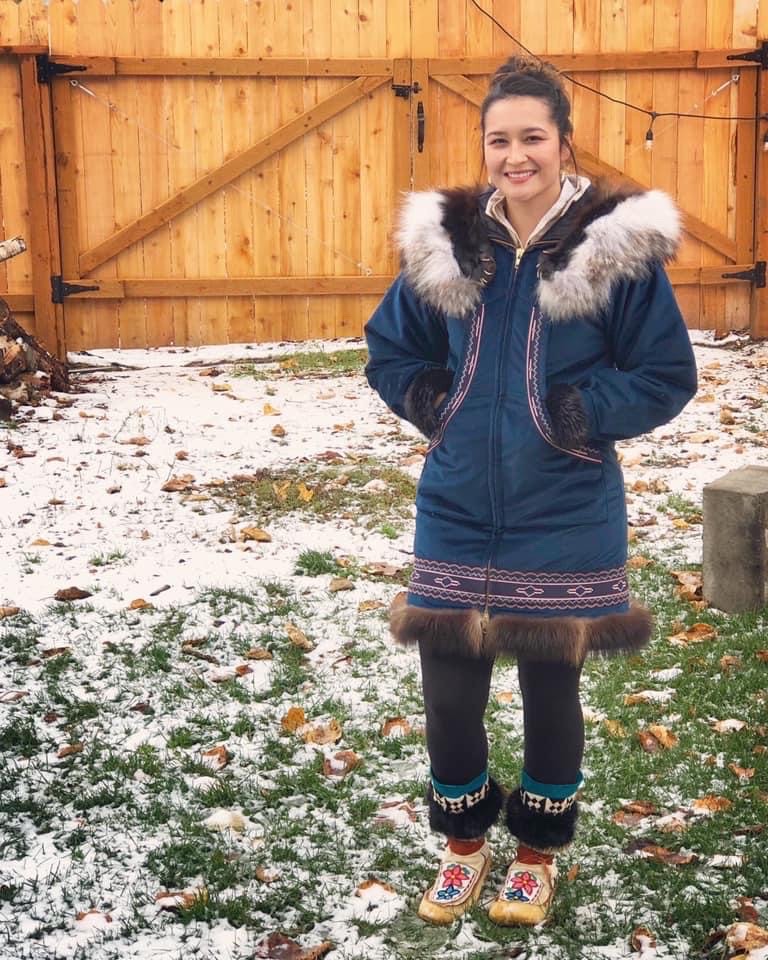 Danielle is an Iñupiaq seamstress born and raised in Kotzebue, Alaska. As a little girl she watched her mother and aana (grandmother,) Laura Smith, create beautifully made atikluks, mukluks, and parkas. She began sewing in 2015 and knew she had found her passion for creating. Now residing in Point Hope, Alaska with her family, she learned how to make traditional garments alongside her mother-in-law and others in the community. Danielle is known for her exquisite parkas and detailed qupak (decorative trim). She has been approached for her designs by Netflix and HBO. 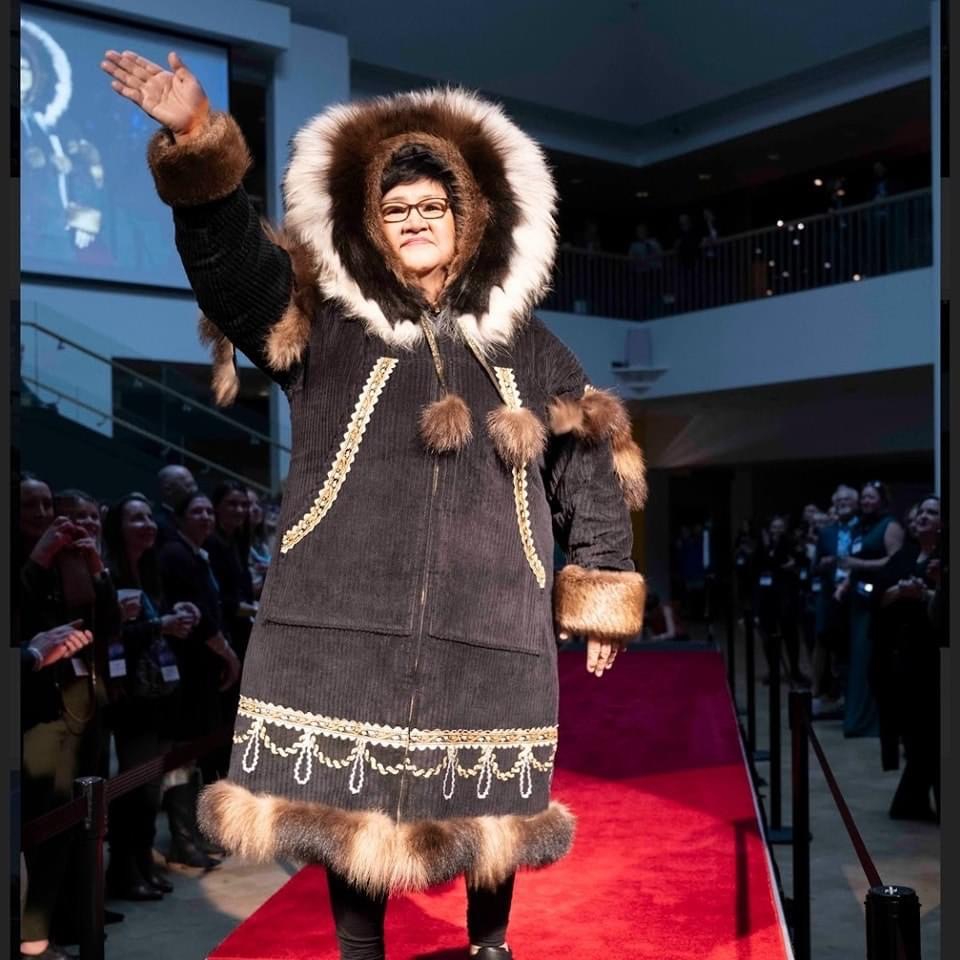 Hello, my name is Diana Adams Martin, I was born and raised in Utgiagvik, Alaska. I have lived all my life in Utqiagvik and grew up with a whaling family. My grandmother Ada Sheldon Adams taught me at a very young age of our Inupiaq values to honor the parents, family members and elders. As a teenager my mother Rebecca Aiken Adams taught me how to sew furs and contemporary parkas or winter garments such as beaver hats, mittens, and children’s maklaks. I have been sewing parkas for over four decades, I enjoy sewing as my hobby and invited young ladies to my home to learn.

My immediate family had five whaling captains at one point, some have passed on now. Family Whaling equipment and gears were passed on to one of my brothers who was George Adams Sr whom I help and assist with whaling and sewed hunting parka's or whatever he made have needed for his whaling garments. After he separated with his wife, I took over the whaling captains wife's duties for few years and opened my home to feast at my home for him. That was a huge task to know what the captain's wife should know when the captain harvests a Bowhead whale. Although I assisted him, I made time for my other family members when they harvested Bowhead whale to cook with the family. 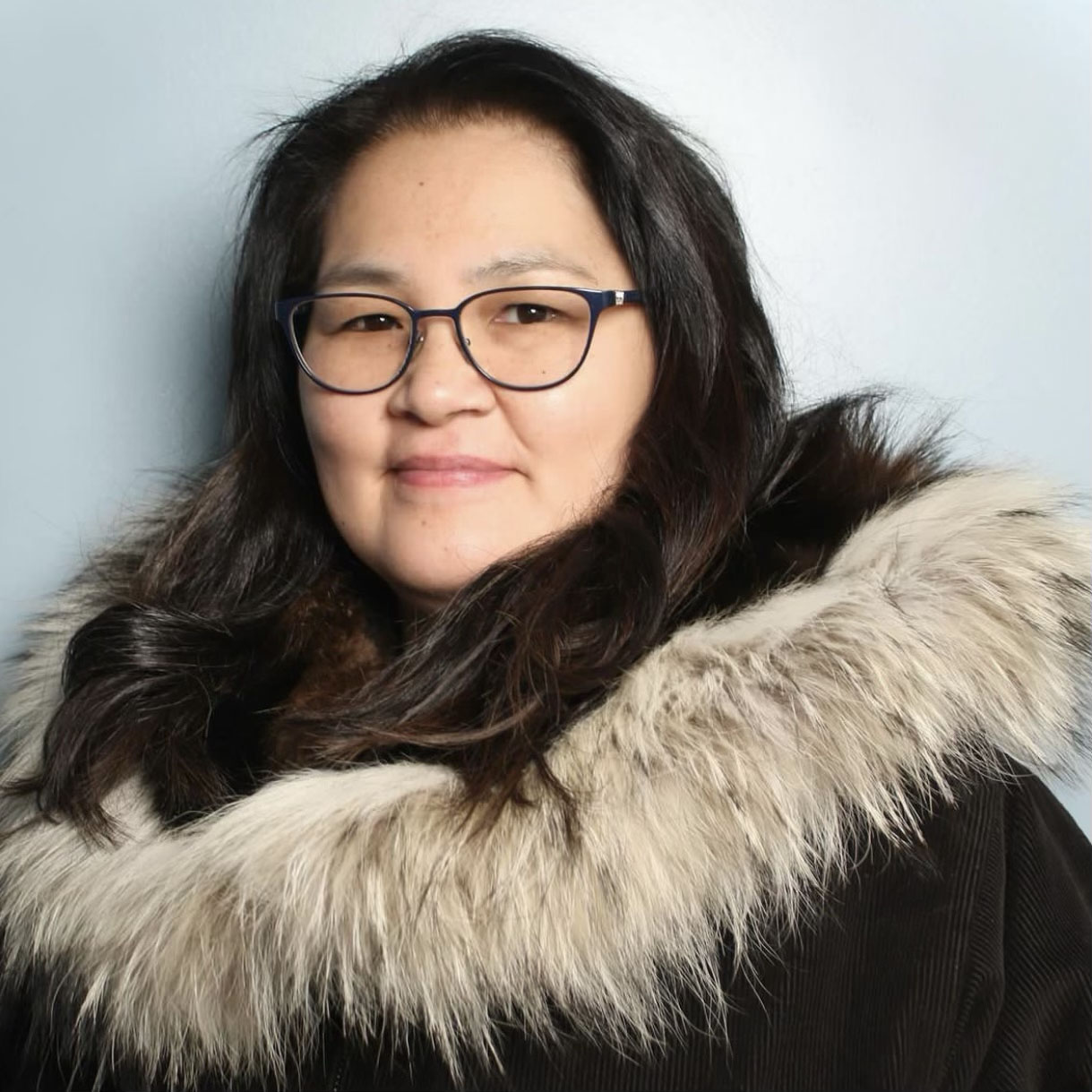 Greetings! Paglagivsi! My name is Corrine Danner, I was born and raised in Utqiagvik, Alaska, our indigenous whaling village above the Arctic Circle. I am a devoted wife to Scott who is Native Hawaiian, and we have 5 beautiful children and many grandkids. I work for our native corporation in Human Resources and I’m also a councilwoman and Treasurer for our native tribe. My favorite food is Maktak, boiled and frozen. I am a skin boat sewer for many whaling crews which has taught me patience.

I started my business, Qupak By Corrine, in December 2020 which has been an amazing journey. My models today are my youngest daughter, Jadyn (Lay-aloha) Leialoha, my oldest son Kolo (Coo-naa-nay-kay-ow) -Kunanekeao, and Bryn Edwardsen.

I dedicate all my designs and work to my beloved late sister *Doreen Ahgeak who taught me how to sew. I love sewing because it connects me with my culture, and I love sharing my work with the world. Quyanaqpak! 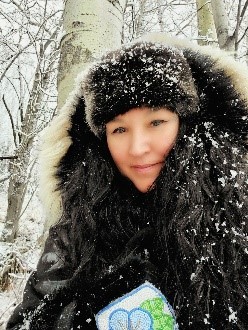 Qatalina Jackie Schaeffer is Iñupiaq from Qikiqtaġruk (Kotzebue). She studied fashion design at the American College in London and returned home to infuse international design with traditional flair. Her garments consist of modern fabrics and are accented with furs, leather, skins and traditional embellishments. Her eclectic designs range from fun everyday use, traditional parkas and atikluqs, to elegant evening wear. She is an Aaka (mother) of 6 and Aana (grandmother) of 8 and currently resides in Palmer, Alaska. 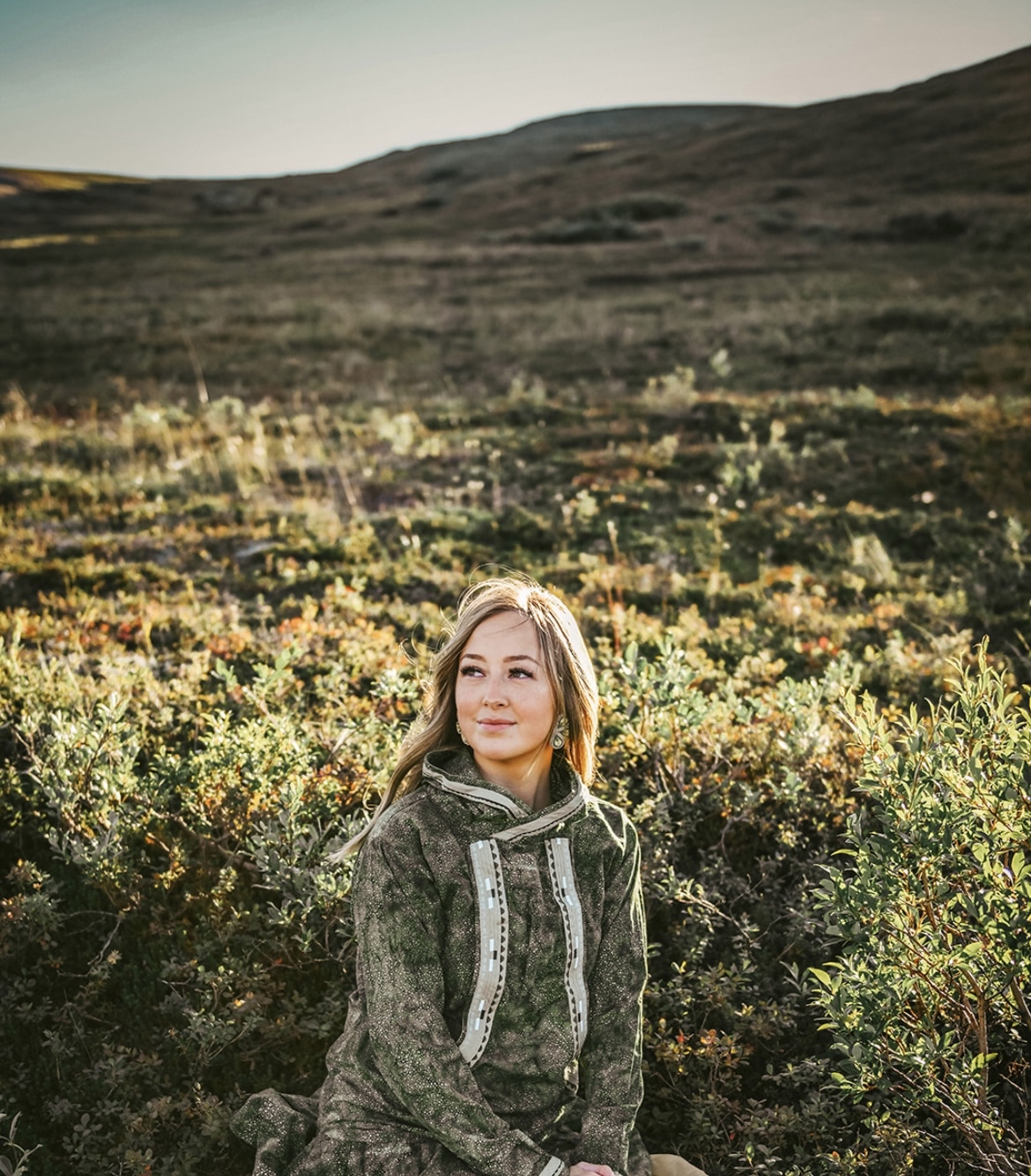 Qaulluq is an Iñupiaq artist and designer from Qikiqtaġruk (Kotzebue, Alaska). Qaulluq comes from a long line of traditional skin sewers, including her Aana Lena Suuyuk Hanna and great-great grandmother Lena Suuyuk Sours. She believes in the importance of living by Iñupiat Iḷitqusiat (traditional values that make us who we are) and the responsibility we each have to pass on traditional knowledge by teaching others. Qaulluq is honored to have been taught this beautiful tradition and knowledge passed down by the matriarchs in her family going back many generations, which encourages creativity and innovation. 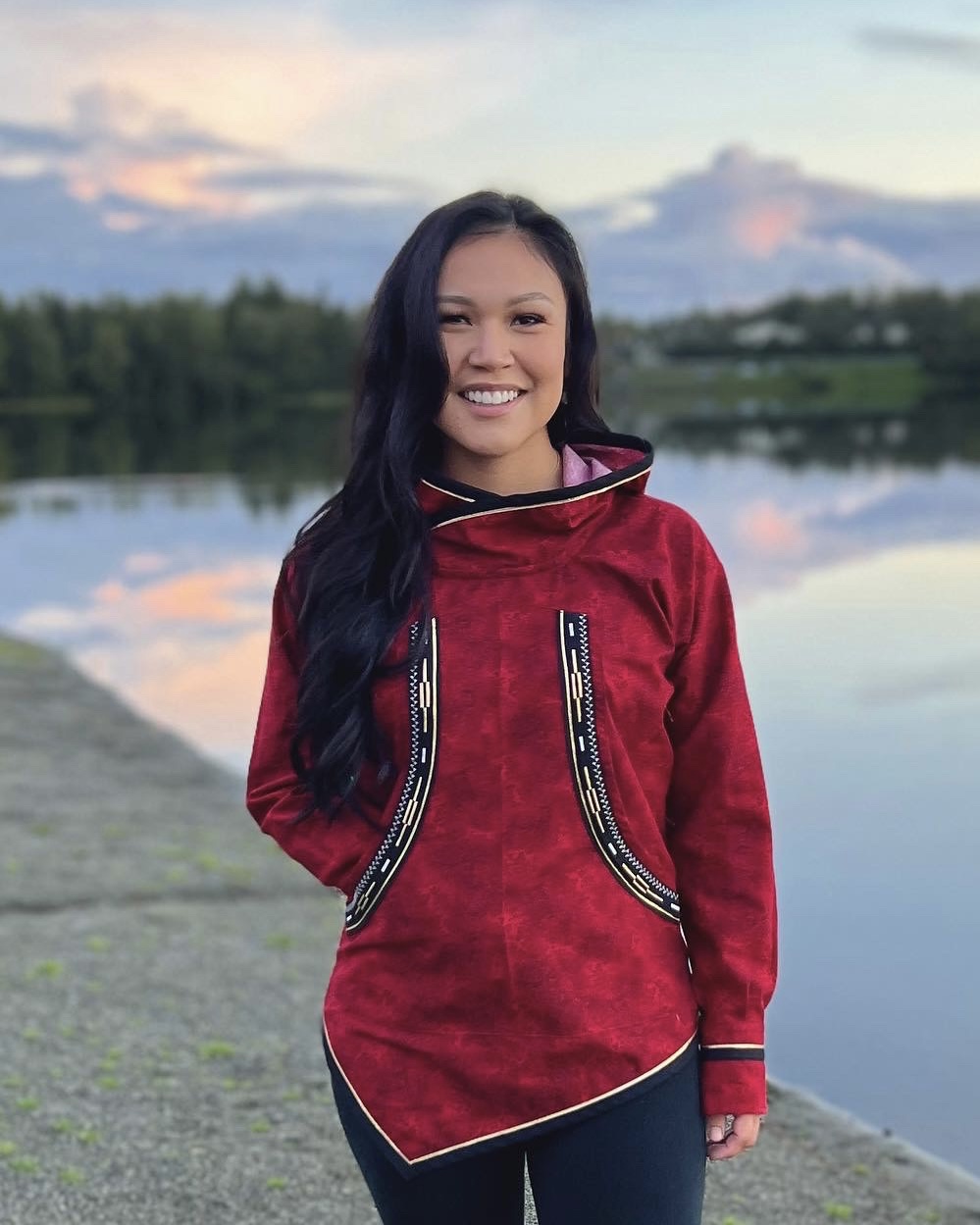 I am Brandi Hale, I am Yupik from Hooper Bay and I created Paniggaq. Paniggaq is what my late Ap'a called me, which roughly means "my little granddaughter" or "my little little daughter." We had a special bond. I was young when he passed, but he was one of my favorite people. Now my grandma and parents call me Paniggaq. My grandma, Mary Paukan, is one of my biggest sewing inspirations. My mom taught me how to make my first qaspeqs at the start of the pandemic in 2020; we used a qaspeq my grandma made for me as a pattern. And now, I have my own little daughter, she gave me the motivation to learn to sew- something I've been wanting to do for years. When I first started, all of my sewing projects were made for her. I loved it so much, it expanded into other sewing projects that I learned through trial and error. Now I am passionate about combining our traditional qaspeqs with modern designs. 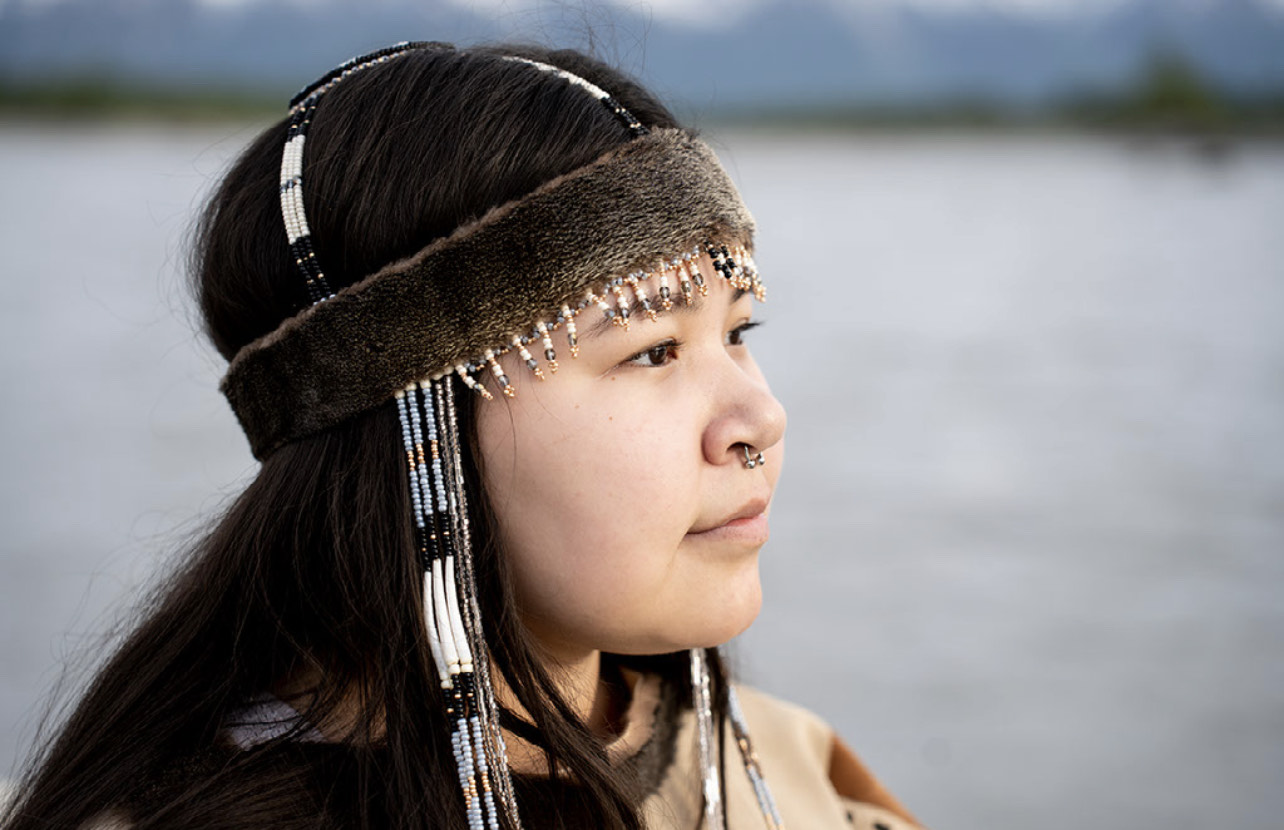 Mercedes Laadax̂ Kuchax̂ Kashatok is mixed Unangax & Yup'ik, born and raised on Dena'ina Land. Her family comes from Unangam Tanagin and Qipneq. She owns Chix̂tax̂ Designs, where she sells her art & beaded jewelry. She does not sell traditional garments/regalia, as she is only comfortable making them for herself, family, and friends. She has made contemporary styles of qaspeq/vests for herself and other's however and may start selling those in the future. She is very inspired by her cultures and her community, she encourages you to support all Indigenous artists (especially on social media)! She hopes the regalia/garments seen today has inspired you to make your traditional regalia. Qagaasakuq! 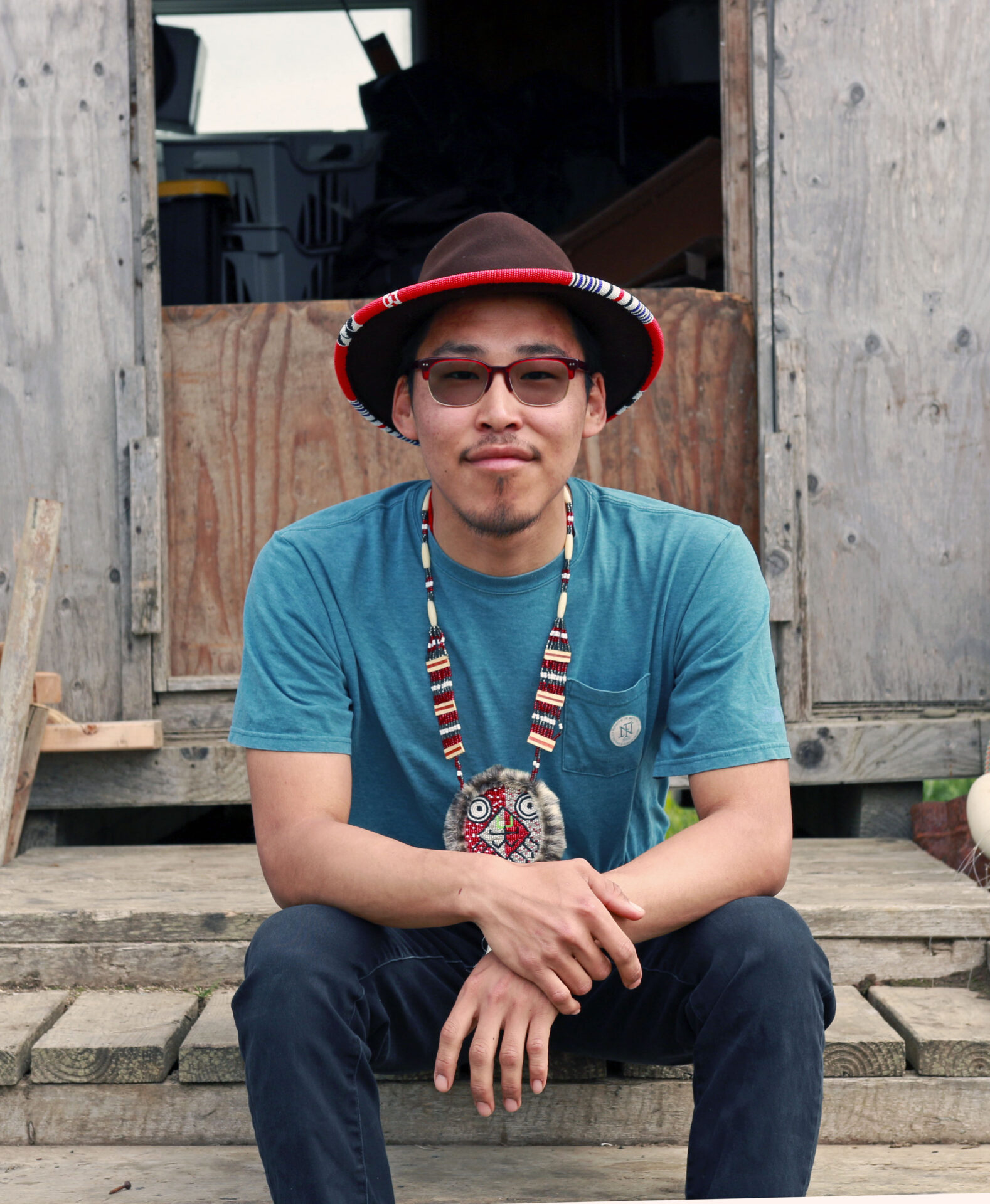 Yup’ik Artist, Golga Oscar was born and raised in a rural community called Kasigluk, Alaska.  His first language is Yup’ik, and he learned English when he proceeded into the third grade. He successfully produced and led many projects with various mediums ranging from skin sewing, to basket weaving, and quillwork/beadwork/walrus ivory carving exploring Yup’ik Native jewelry. He also explores digital photography that focuses on the beauty of Native identity. Oscar’s intent is to create and share his techniques within his tribal nation. His plans are to share his skills with his people who want to learn about the culture and to revitalize the skills towards specified traditional/contemporary clothing. He graduated from the Institute of American Indian Art and has earned his Bachelor of Fine Arts as well as a Business Entrepreneurship certificate; now is a secondary cultural instructor at Akula Elitnaruvik. Oscar is going for his Master's degree in education and teaching certificate at the University of Alaska Fairbanks. Oscar’s goals are to pursue cultural awareness teaching and get into the fashion industry. He aims to showcase the Yup’ik cultural art and bring recognition to the “American” mainstream. He is also a recipient of the 2022 AFN Presidents’ Award for Roger Lang Youth Leadership which recognizes a young leader that’s exemplifies expanding their horizons and challenging themselves to become future leaders.