Our traditional dances and music remain the lifeblood of our culture and our communities. They sustain and connect us with our rich cultural history. Passed down from generation to generation, our dances ensure that the many distinct Native cultures across Alaska remain connected to their origins.

Quyana Alaska was initially introduced at the 1982 AFN Convention as a ‘thank you’ from AFN to Alaskans statewide for supporting the Native community in a pro-subsistence vote. ‘Quyana’ means ‘thank you’ in Yup’ik. Through the years, this cultural celebration has helped restore our traditional dances and ensure they are passed onto future generations. Quyana Alaska has expanded to two evenings featuring 14 groups from across the state. In all, more than 200 different dance groups have performed. A cultural revival has exploded across rural Alaska, and Quyana Alaska is now a treasured highlight of each and every Convention.

The 2022 AFN Convention and Quyana Alaska I and II will be broadcast live on gavel-to-gavel television on 360 North, the Alaska Rural Communication Service (ARCS), GCI Yukon TV Channel 1 and Channel 15 and live streamed via several online platforms.

Formed in the late 1950’s, the Kotzebue Dancers enlighten tourist through the Wein Air Alaska Tourism Season.  In 1979, the dancers were first invited to attend the Alaska Federation of Natives in Anchorage. Because the dance group didn’t have a formal name, students from kindergarten through 12th grade selected the name “Northern Lights Dancers: for the group of students and elders who were attending. Carrying our traditions, we continue to teach the original dances throughout the NANA Region with strong success in villages of Noatak and Kivalina, Alaska. We also have continuous international ties with the Russian villages of Chukotka, Uelen, Lavrentiya, and Provideniya where we have exchanged dances and worked together to bridge the gap between Alaska and Far East Russia.  Sharing and teaching the dances we have learned from our Elders is a big part of who we are. There are only a few of us who have experience dancing and singing with the elders. Through time we are gaining the knowledge and wisdom through them and we will continue to teach from generation to generation. A huge thank you to May Douglas and Martin Woods who tirelessly teach our Inupiaq way of life, without them our dancing may be lost. We are striving to keep this spirit alive by “Dancing in the shadows of our Elders.”

Tikigaq Dancers (Tick-ee-gaq)
Tikigaqmiut meaning the people of Tikigaq have performed in various gatherings in the State of Alaska. In 1992, we were invited to Amsterdam, it was an honor to travel and perform for our community. We have placed first in different competitions within the state of Alaska we will continue the dances that were passed down to us from our great ancestors. Our dances evolve around the Bowhead Whale and many of our animals that provide for our way of life to sustain us as Inupiat of Tikigaqmiut. Tikigaq is one of the oldest continuously inhabited settlements in North America.

Acilquq (ah-chee-il-kook)
"Acilquq” (lit. “Plant Root” in Yup’ik) was formed in 2008 by Aassanaaq Kairaiuak (from Chefornak, Alaska) and Cakayak Vernon John (from Toksook Bay, Alaska) inthe hope to perform traditional and contemporary songs that describe our Traditional lifestyle and the natural world around of the Past and the Present."

Got a Gwich'in teacher. (MORE INFO TO COME)

Utuqqagmiut Dance Group (Uu-took-qag-meoot)
Our group was created by Rossman Peetook of Wainwright. He was a lifelong resident and whaling captain in Wainwright along with his wife Helen Peetook. He taught us our songs he learned growing up with elders in and around our area. We have had the privilege to perform at the AFN banquet and have performed numerous times at the conference. We have also won all the dance competitions held in Kotzebue since 2005. Though Rossman and our elders who taught us are gone we can show that they have taught us well and we will pass it on to our children and the next generation after us.

Mount Saint Elias Dancers
The Mt. St. Elias Dancers are a Tlingit group from Yakutat, Alaska which is located on the Northern end of the Southeast Alaskan panhandle, just north of Juneau. In the early 1950’s, the elders of Yakutat decided to preserve the collective history and songs by joining the local clans together and starting a dance group. They took the name of the Mt. St. Elias Dancers after the 18,008-foot mountain that stands straight out of the icy waves of Yakutat. Today the group can be as large as 90 dancers of all ages. They strive to continually mentor young Tlingit leaders. This has allowed the group to thrive for over 60 years.Their regalia are a distinctive Tlingit style, and show the influence of their ancient trading partners and neighbors, the Athabaskan. Some of the regalia you see dancing today has been dancing for more than 6 generations. Several of the songs that the group sings are ancient trade songs or have been won by the Yakutat Tlingit from the Athabaskan, Tsimshian, and Aleut. Many of the songs and movements date back to the ice age and are thousands of years old."

Kingikmiut Singers & Dancers (king-uck-mute)
The Inupiaq songs and dances of the Native Village of Wales (Kinigin), Alaska were not performed for over 50 years due to the misguided efforts on the part of churches in Alaska. The Kingikmiut (people of Kinigin) Dancers and Singers of Anchorage started in 1990 and helped revive the dormant traditional songs and dances of Kinigin. The dance group’s members are located in Anchorage, Alaska, and comprised primarily of people born in Wales, and their descendants or relatives. Wales is located as the farthest western community on the mainland of North America.

Qaluyaarmiut Yurartait is comprised of Yup'ik families that originated from Nelson Island (Qaluyaat) and currently reside in the Anchorage area.  The yuraq group was formed in 2021 as a means to regroup the dancing families in the midst of the pandemic, in an effort to carry on the age-old tradition of celebrating the thriving lives and to honor our Ancestors through the ceremonial traditions. Yuraryaraq is healing to the soul, as it allows us to share songs once composed by the Elders that carry such deep meaning and dance the motions whose stories are meant to be retold.  Members of the Qaluyaarmiut Yurartait have bloodlines tracing back to Toksook Bay, Newtok, Nightmute, Tununak, Umkumiut and Chefornak, but in reality, the familial lineage branches out much farther than the Nelson Island area.

Barrow Dancers
The Barrow Dancers represent the Inupiat from the top of the world, Barrow, Alaska. We are excited to share with you our songs and dances, some of which have been passed down since time immemorial; others bartered/gifted/traded, and some that are more recently created. A lot of our songs and dances tell stories, and we are excited to share these stories with you.

Qasgirmiut Dancers (Qaz-ig-mute)
Qasgirmiut was created in 2019 in an effort to attract the youth in hopes of passing on traditional knowledge. Although the group aimed to attract youth, group leaders invited everyone regardless. The group began practicing in a building called, "The Qasgiq." before relocating to a local Long Term Care facility, in the gathering room called, "The Qasgiq," thus creating the name, "Qasgirmiut." Qasgirmiut dance group invited the residents on the long-term care facility for their evening entertainment and give them a homey feeling. Often they were encouraged to join with drumming and dancing. The group hopes to continue in an effort to help guide the generation and youth, as they are the foundation of our future.

Ida’ina K’eljeshna (Ee-duh-ee-nah Kel-jesh-nuh)
We are the Ida'ina K'eljeshna - Friendship. Based here in Anchorage group was established in 2010 to have a Dena'ina Athabascan new dance group. Multigenerational ages groups from Elder to youth comprised in the beginning several Dena'ina Athabascan Villages who lived in town. Ida'ina K'eljeshna done Cultural Revitalization on bringing back older songs.

Anchorage Unangax Dancers (Oo-nung-uh)
The Anchorage Unangax Dance group, led by Ethan Petticrew, includes members of all ages from nearly every village in Unangam Tanaa (The Aleutians, Pribilofs, Shumagins and Western Alaskan Peninsula). To carry on the legacy and fulfill a vision, Ethan, along with several original members of Atx̂am Taliĝiisnikangis (Atka Dancers), formed the Anchorage based dance group several years ago. Many of the distinctive dances performed by the Anchorage Unangax̂ Dancers were composed by original members of Atx̂am Taliĝiisnikangis including Anakuchax, Kdam Idigaa, Qanglaagix, Qagnax, Aanakliitax, Tan’gaagim Ayagaa, and Tugidam Ayagaa amongst others. The group is becoming well-known and has been invited to perform all over the state at a variety of events, including the Alaska State Fair and the Alaska Native Science and Engineering gathering. The Anchorage Unangax̂ Dance group carries on the tradition of their predecessor, Atx̂am Taliĝiisnikangis, and leaves audiences in awe with their vibrant and energetic performances!" 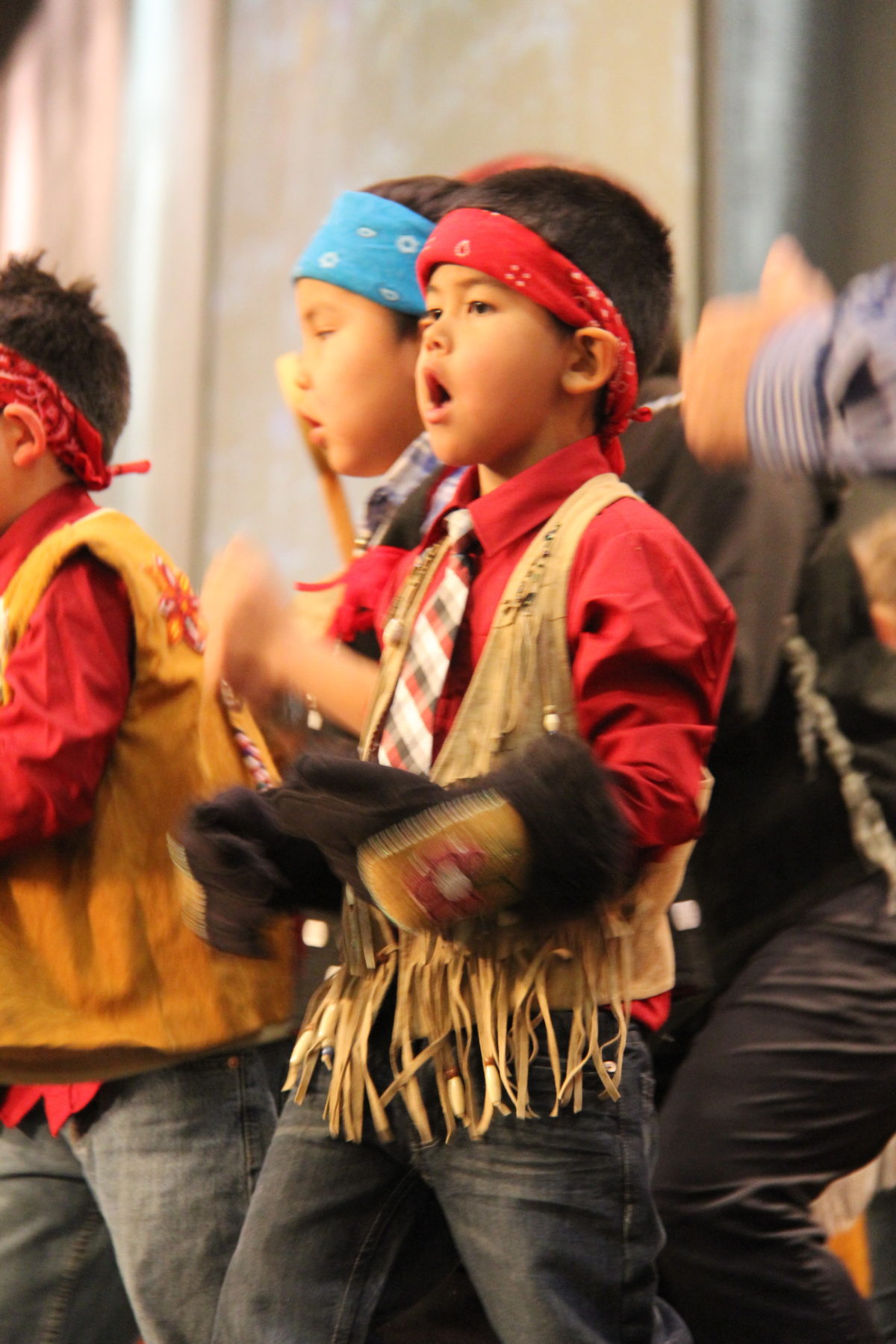 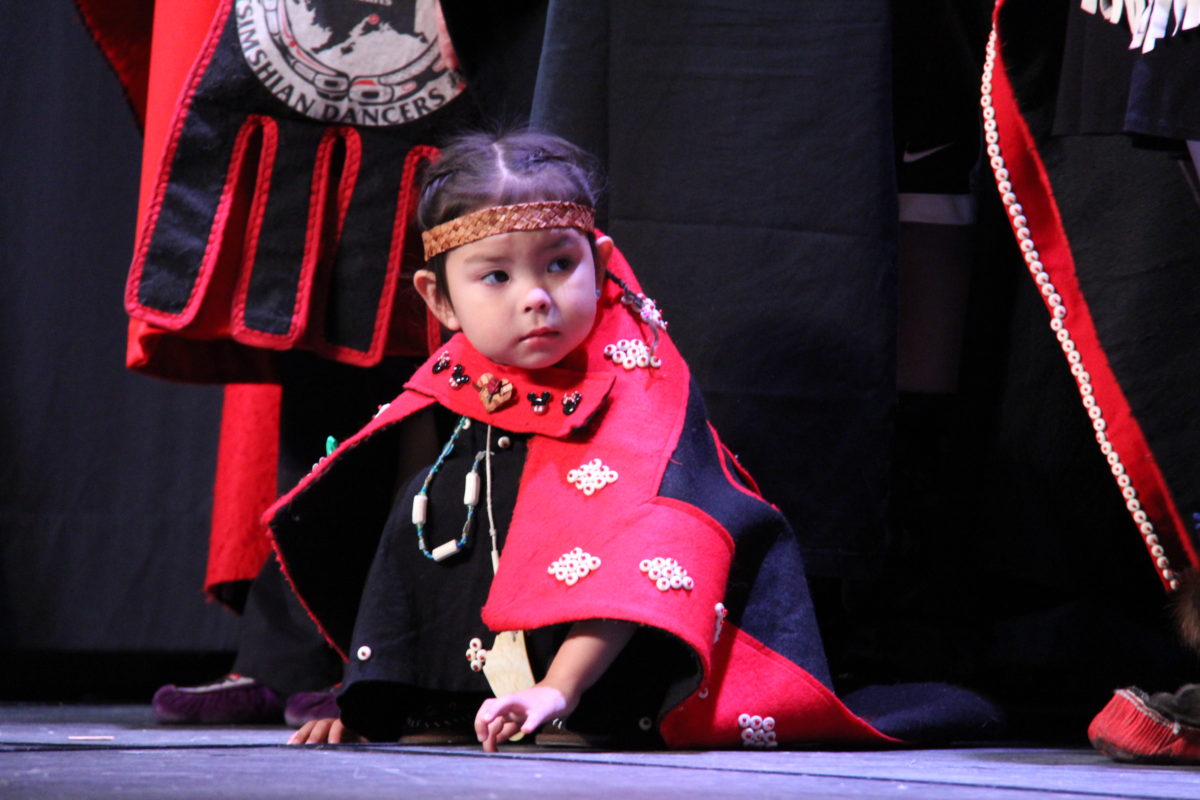 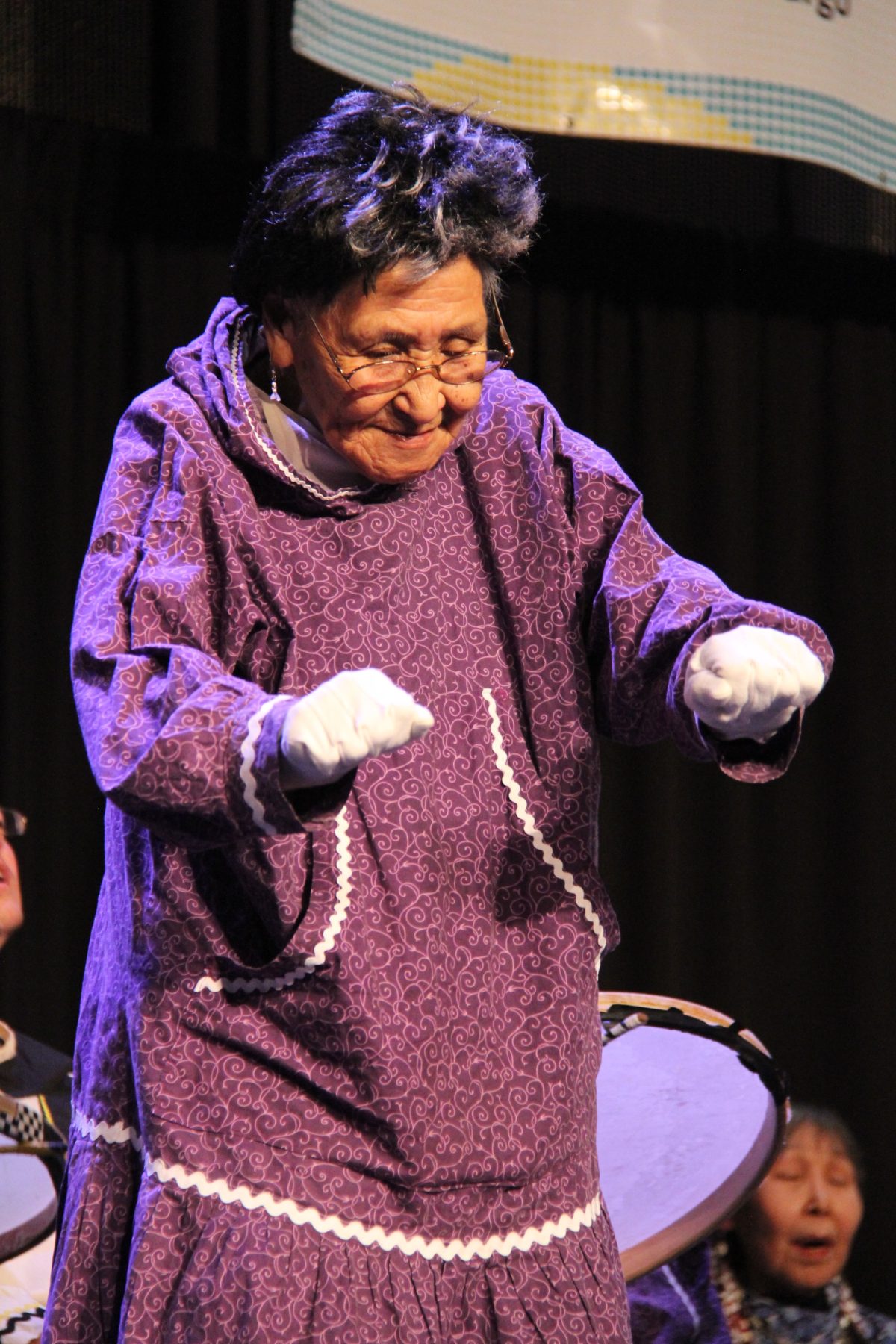